PAGE UNDER CONSTRUCTION (much more information and links to come!)

When it comes to the history of the Beatles, two of the most important venues in Liverpool are the Casbah Coffee Club and the Cavern Club, and both are ‘must-see’ attractions for the thousands of Beatles fans who visit Liverpool each year.

However, the story of the world’s most famous band did not begin at either of these iconic venues.  Instead, it began on July 6. 1957, at the St Peter’s Church fete when Ivan Vaughan decided that it was a good idea to introduce two of his music-loving friends to each other.

On that day, St Peter’s Church witnessed the birth of the Lennon-McCartney partnership, arguably the most important, influential and far-reaching partnership in modern music history!

Much has been written on the day that John met Paul, and on this website we present our interpretation of what happened on that ‘fete-ful’ day. 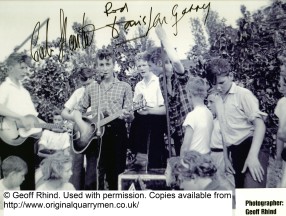 Every year, St Peter’s Church remembers that momentous day, and you can read more about some of the anniversary celebrations here!

As well as for John, St Peter’s Church was important in the lives of many members of his family, including his uncle, George Toogood Smith, who lies in the Church graveyard.

Another famous grave with a Beatles connection is that of Eleanor Rigby Woods.  ‘Our’ Eleanor’s grave is perhaps the most-visited grave in the Churchyard, and we’re so glad that she’s no longer one of the ‘lonely people.’

While not part of the official Beatles Industry in Liverpool, St Peter’s takes its role and responsibility to the history and heritage of the Beatles seriously.  Every year, a team of dedicated volunteers continues the work begun by Graham Paisley and Dave Peters and welcomes visitors from around the world to our Church and Church Hall.  The highlight for us all is International Beatle Week, but it’s a pleasure to open the Church and Church Hall at other times during the year too.  Hopefully we will see you soon! 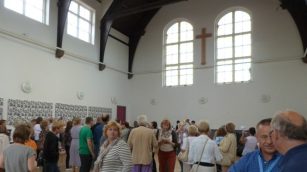