On Thursday July 6, the 60th anniversary of the day that John Lennon met Paul McCartney at the St Peter’s Church fete, thousands travelled to Woolton Village to share in the celebrations.  If you were among the crowds of visitors, see if you can spot yourself in the Photo Galleries below:

During the anniversary celebration, St Peter’s took part in Open Church. The Church opened its doors to share the beauty of its interior with visitors, and the bell-tower was also open for tours with some visitors invited to try their hand at bell-ringing! 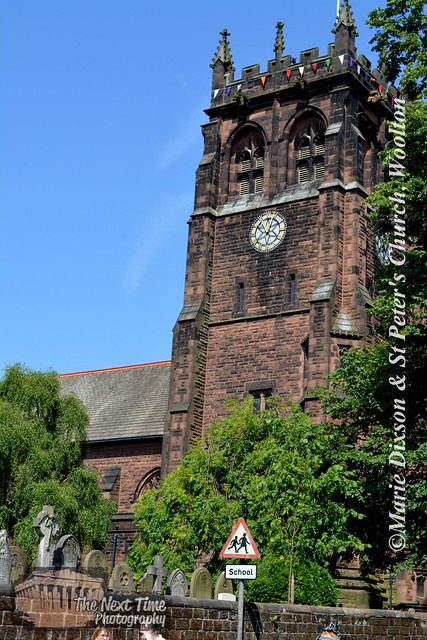 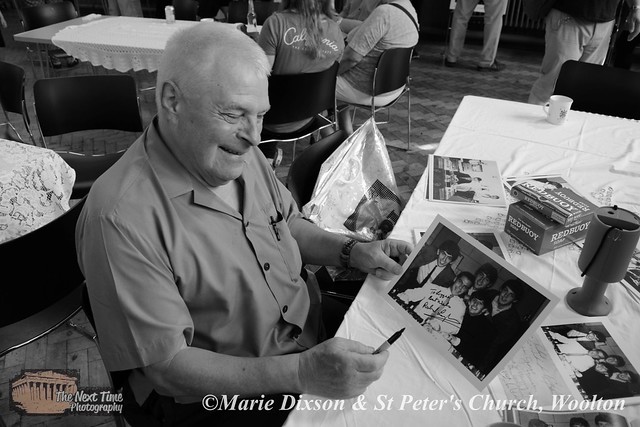 In 1957, Geoff Rhind took this famous photograph of John Lennon and the Quarrymen performing at St Peter’s Church fete; it was here that Paul McCartney got his first glimpse of John on stage!  We are extremely grateful to Geoff for allowing us to use his photo on our website!

Sixty years after Geoff’s photo was taken, the procession and fete was recreated by Bishop Martin School in conjunction with the Cavern Club and St Peter’s Church, and thousands crowded onto the school field to join in the anniversary celebrations! 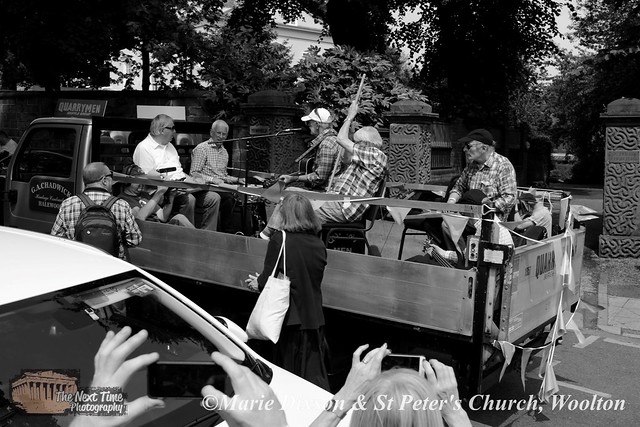 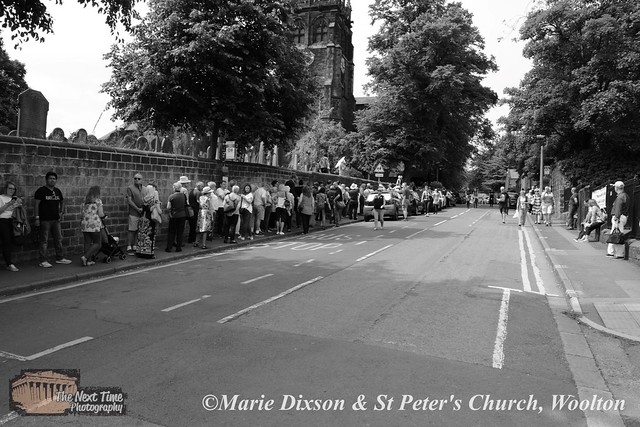 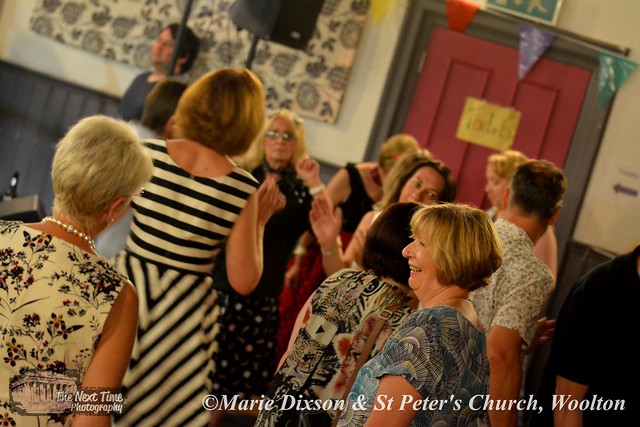