It was a pleasure to open the Church Hall today so that the Quarrymen could perform an impromptu mini-concert in celebration of John’s birthday!  Visitors from the Ukraine and the US were in the hall to share the special moment!

Here are a couple of snippets of the Quarrymen’s performance today: 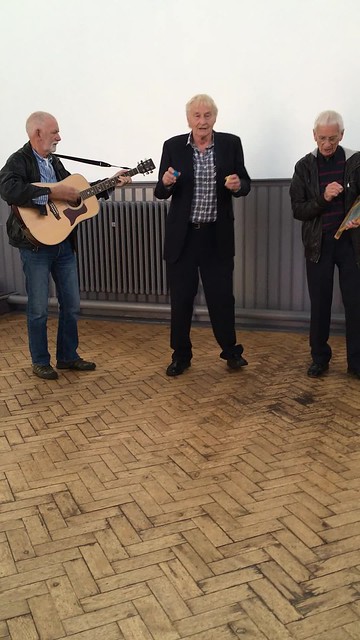 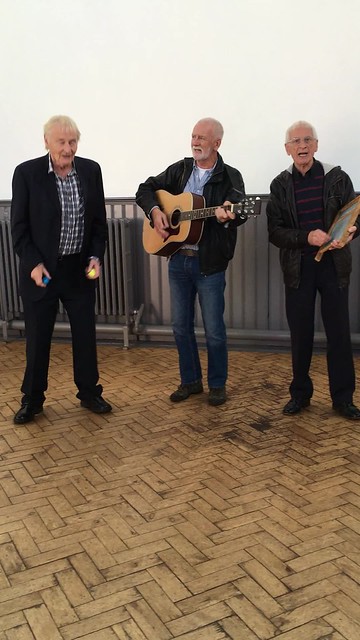 For more photos of the Quarrymen in the Hall today, check out the flickr album HERE

Thanks to Jackie Spencer for taking some of these photos! 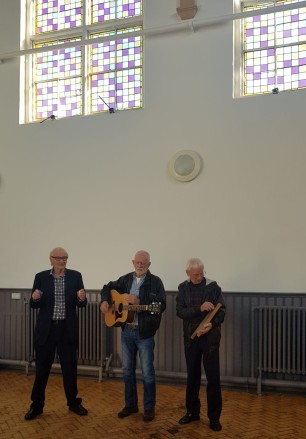 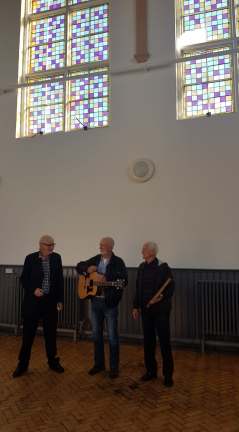 When we set up the “Beatles at St Peter’s” website in 2017, the idea was that it would be live just for the anniversary celebrations in July.  However, the history and heritage of St Peter’s is so rich that it seemed a shame to stop sharing it through social media.

The original plan was to amend the anniversary website but that was too focused on the Beatles connection, and St Peter’s has so much more to celebrate than that.  So, with apologies for any confusion, we’re starting afresh!

It’s maintained entirely by volunteers so please bear with us as we work on the site over the next few months and share with your the beauty and history of St Peter’s Church, Woolton.

I was woken this morning to the tragic news that Trev of the Prellies had died suddenly and unexpectedly last night.  Many of you reading this will have been fans of his music but his loss goes much further than that.

He was a vital part of all the plans for last year’s 60th anniversary celebrations of the day that John met Paul at St Peter’s, and I can say with all honesty that, without him, it’s unlikely that the five-day festival would have gone ahead.  He worked tirelessly behind the scenes, particularly on the website but also in providing much needed support in every other way too.  He particularly showed his support by re-forming the Prellies and playing during the afternoon of Saturday July 8.  One of my enduring memories of the event will be the expression on the face of the Radio Merseyside reporter as she did a live interview with the Prellies and tried to deal with Trev’s wonderful and unique humour.

What was not made public at the time, but I think that everyone should know, is that not only did the Prellies play for free, they also paid all their own expenses because, Trev told me, they felt privileged to be part of the celebrations and they wanted to contribute.

This generosity of spirit will be part of Trev’s enduring legacy.  He was the instigator and main organisation of Beatles4Food, a Christmas party to be held at the Barcelona Bar in Liverpool on Saturday 8th December from 12 noon to raise money for the Trussell Trust Foodbank charity.  There is more information on the event, and the charity by clicking on Beatles4Food

The other organisers of the event have promised that the event will go ahead, and will be dedicate to Trev’s memory.  In this way, and in so many more, Trev’s legacy will go on and on and part of him will always be with us.

I am privileged to have known Trev, and even more privileged and proud that he considered me a friend.  I will never forget him, or what he meant to me and so many other people.  My thoughts are with all his family and friends at this tragic time.  We will never know his like again.  May he rest in peace.