Although the first big anniversary celebration didn’t take place at St Peter’s until 1997, we were thrilled when a member of the current congregation gave us some old parish magazines that she’d found.  Among them was one from July 1987, which included a small piece commemorating the 30th anniversary of the day that John met Paul and discussing the impact that that meeting was having on Woolton village as well as on the world.

One of the wonderful things about preparing to celebrate the 60th anniversary is the constant discovery of little snippets like these of the Church’s past that only confirm how important St Peter’s Church is in the story and legacy of the Beatles! 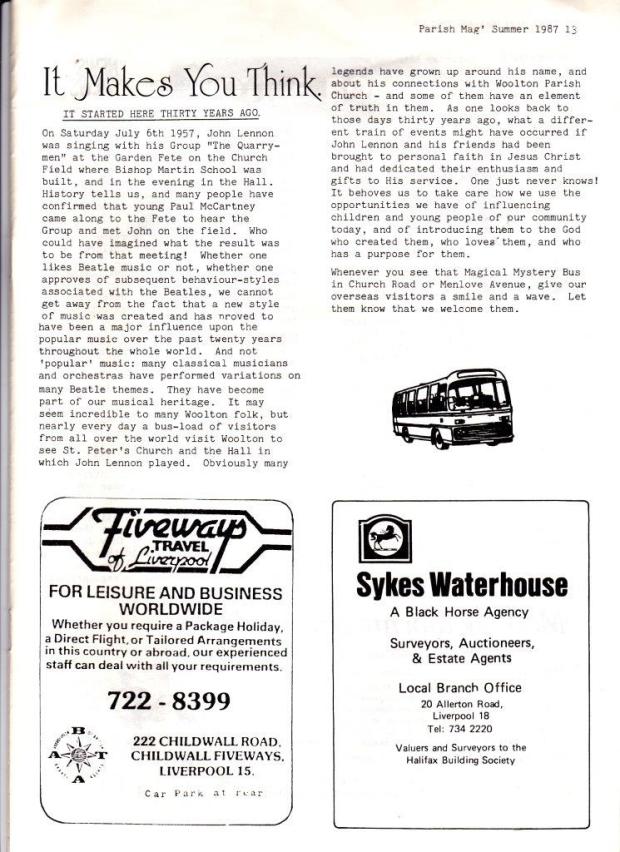 I wonder what we’ll find next!!